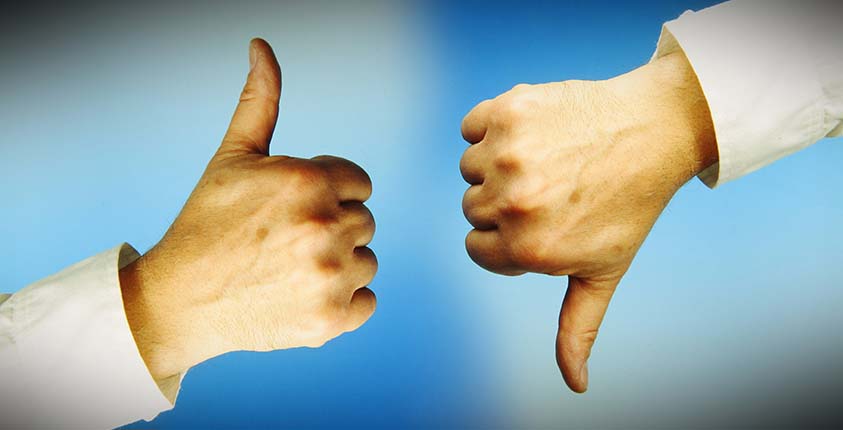 Just in case you haven’t been checking your feed (what are you… on Twitter or something?), Facebook released their latest algorithm update a couple of weeks ago. Check out Mark Zuckerberg’s post about the update. But what does it all mean? Like many Facebook announcements, this one is extremely vague and lacks real substance (i.e., we’re gonna do something sometime and it’s gonna make things change somehow). Will this update actually have teeth? Or will it be similar to other recent updates (anyone else remember the Explore Feed?) and eventually fall by the wayside? You’re not going to like my answer, but the truth is we don’t know yet.

One thing I did notice, though (and I’m positive because I did a control+F for the words and multiple combinations thereof), is Zuck doesn’t make any mention of paid ads—not one. So then I think we have to start to look at the impacts of this in 2 distinct buckets: paid advertising and organic reach.

The Impact on Organic Reach

Just in case you were unaware, organic reach has been dead for a long time. This update just makes it deader. (I know that’s not a word; but you get the point). Don’t believe me? How about we review the decrease in organic reach for page posts since 2012.

Yikes. Maybe some of you asked the same question I just did as I was writing this: “When did Facebook go public?” No need to google it. I just did it and the date is telling: May 18, 2012. There’s no way that a for-profit company like Facebook would want to slowly decrease the efficacy of their organic (i.e., FREE) advertising in order to make people move to their paid ad platform, would they? And there’s no way they would do it under the guise of wanting to help users have a better experience, while pivoting away from last year’s negative press as only one of the world’s most powerful marketing machines could do, would they? They wouldn’t do that would they? Would they?

I hate to be the one to break this news (but my wife has been making me watch a lot of “This is Us” so I feel like I’m ready get real with you), but this totally makes sense. When you ask people to invest in your business, they’re naturally going to ask one thing: How will I make money from my investment? Facebook’s answer? Paid advertising. If you see anything that Facebook has done since 2012 as an attempt to do something other than move businesses to the paid ad side of things (despite whatever fresh color of altruism they paint it) then you should be writing children’s books due your overly sunny disposition.

If you rely primarily on organic traffic from Facebook, then yes. It is all bad. There are a couple of crumbs for organic publishers, though. Facebook allows your followers the option to select to see your content first in their News Feed. It also hints that Groups and Live Video may get a boost with the new update.

See First – The Option No One Will Ever Click

Facebook does allow users who have followed or liked your page to select to be shown your content first. If your plan is still to focus a good deal of time on organic promotion, I’d suggest you start by educating your followers on how to do this. Here’s how:

Selecting this option should make it more likely that users see your posts in their News Feed. A user can do this for up to 30 pages. You can see more on this here. What this DOESN’T address is the likelihood that the average Facebook user will ever do this. I can tell you the answer: 0%. You might be able to get your mom to do this on your business page (if you call her and walk you through it), but the average person will not do this. Ever.

If you read Zuck’s original post, these lines pertaining to groups and live video may have stood out to you like they did to me: “The first changes you’ll see will be in News Feed, where you can expect to see more from your friends, family and groups. We’ve seen people interact way more around live videos than regular ones.”

What exactly does this mean? Again, I’m not sure; but if you’re going to continue to rely on organic reach from Facebook, I would start upping my game around these 2 mediums—and this does actually provide some hope based on past experience on another network.

While I’ve never seen much in terms of results from paid ad spend on LinkedIn, posting in groups has produced results. This is a self-selected community of people who come together to discuss a certain topic. When done right (i.e., not in a salesy way but in a more content-focused, soft sell type of approach) this can be effective. And it would make sense that it could work on Facebook, too.

But What About Paid Ads?

At least on the surface, I don’t see anything that will impact paid ad spend (which is what we focus on at CINC)—at least not as a direct result of this News Feed update. So at its surface, this update doesn’t scare me when it comes to paid ad performance; but its potential consequences do. Here’s what I mean.

Let’s imagine for a second that Facebook’s organic traffic is a huge referral source for your business. Suddenly (or over the course of the last few years) this source goes almost dry or completely dries up. What do you do? I imagine two likely scenarios.

In my mind more people will choose option 2, at least in the short team. Let’s face it—there is still no bigger player in the online advertising game. There is still no one with the amount of information on their users, as well as the ability to reach them in a targeted way like Facebook. And I don’t see that changing anytime soon. Maybe you’ll find a new source of traffic in the future, but Facebook makes it so easy to spend money with them that it makes sense to me that you would at least dabble in it before quitting cold turkey. So what does that look like?

This scenario could lead to increased competition in the News Feed, theoretically increasing cost per impression (and therefore cost per click) and driving up your overall cost per action. And what would this mean for Facebook? More money would be spent on ads in order to drive the same results, which would surely lead to a better experience…at least for Facebook.

So After All This… What’s the Answer?

Okay, you’re going to hate me, but here’s the answer: We don’t know. This being said, on the paid ad side this update underlies the emphasis of having well-targeted, quality advertisements that are relevant to the users being targeted. Otherwise you’ll be wasting your hard-earned money and possibly even throwing more money on Facebook than you planned (which Facebook is totally fine with).

Eventually I believe we will see an overt “pay to play” system for Facebook (if indeed we’re not already there). And in order to get results, you’ll have to spend money on ads. Then the question becomes, is it still worth it? I’m sure Facebook will be watching this as it walks the tightrope of bringing value to its users, while still successfully courting advertisers. Can it be done? All we can do is watch and see.

What Do You Think?

What do you think of Facebook’s latest algorithm update? Did I get it totally wrong? Have you seen any impact? Will you have to change your strategies on Facebook to achieve similar results? Or does this latest update have you considering a break with the platform altogether?

Harry Kierbow is the Director of Social Media for Commissions Inc (CINC), a real estate technology and marketing company. He's played professionally on Facebook (and other social networks) for more than 7 years now, managing campaigns for brands (both big and small) and individuals (also both big and small). Universally regarded as the greatest ice hockey goalie to ever come from Griffin, GA (by his mom at least), you can find Harry between the pipes on the ice rinks of Georgia (yes, there is more than one) or playing with his 2 kids when he's not perfecting social media ads or binging true crime documentaries on Netflix. Connect with Harry on LinkedIn @HarryKierbow.

View all posts by Harry Kierbow →