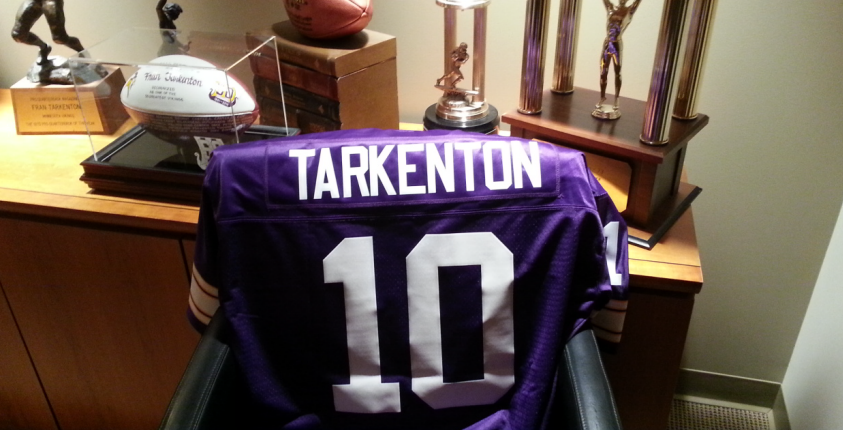 I failed. As a quarterback for the Minnesota Vikings, I failed three times — first against the Miami Dolphins, then against the Pittsburgh Steelers and finally against the Oakland Raiders. Three Super Bowls played, but not a championship ring in sight.

I could’ve blamed my teammates, the coaches, bad luck or even the weather. But with these failures, I developed a strong drive to prove myself, took responsibility for my mistakes and learned from them. The rest of the team did the same, and we went on to win our division seven years running.

More from Fran: Is Your Mindset Holding Your Startup Back?

The same rules apply to business. You pick yourself up, dust yourself off and start again.

It’s easy for entrepreneurs to get discouraged when something goes wrong because, along with the repercussions of their mistake, they also carry the misconception that they themselves must be failures. They forget that success isn’t guaranteed. Even the best ideas can flop.

Going forward, they become overly cautious, thinking, “If I fail again, what does that say about me?”

When entrepreneurs start believing they’re failures, they can become paralyzed with fear, which leads to missed opportunities.

Mistakes and failure are natural. It’s how you respond to these defeats that’s crucial to startup success. These four steps have helped me derive value from mistakes.

1. Acknowledge the problem. In a startup, when someone makes a mistake, it’s common for everyone to keep going as though it never happened and hope the mistake goes away or corrects itself. No one wants to admit the project they’re slaving over might be a dead end or on the wrong track.

Unfortunately, bad news doesn’t get better with age. If left unchecked, problems can actually get worse. Instead of pushing forward, stop and acknowledge there’s a problem.

2. Hold yourself accountable. With a startup, you need to own the problem and move on. Placing blame on your team or external factors just won’t cut it.

My favorite example of accountability comes from Sam Walton. When he started Walmart, he thought everyone wanted low prices when they actually wanted low prices on brand-name goods. Instead of saying his customers were wrong, Sam acknowledged his mistake and adjusted his strategy.

3. Celebrate your failures. When your team succeeds, everyone wants to celebrate. When something goes wrong, no one wants to go out to dinner and pat one another on the back. Instead of dwelling on a defeat, commemorate the occasion by learning from it and congratulating those involved for their efforts. Criticizing your team for mistakes they made can make them less likely to take chances in the future.

Studies show that positive reframing and acceptance are the most effective methods to cope with failure.

A great example of this is the famous “pizza turnaround” campaign when Domino’s admitted its pizza needed work. Instead of putting its head down and brushing off consumer complaints, the brand listened to critics and completely reinvented its product, which turned into a huge success.

When I was still playing football, I borrowed $50,000 to open a fast food restaurant with a friend. It didn’t work out, and I still owed the bank money. From that point on, I decided to bootstrap all my businesses because when it was money out of my pocket, I was more motivated to make it work.

When you make mistakes in business, the key is to keep on going. No one ever gets it exactly right on the first try. You give it your all, see what happens and learn from the mistakes so you can use this knowledge to your advantage.

Who knows? A mistake could lead to your next great idea. As venture capitalist David Cowen said, “Failure is an option for entrepreneurs and if you don’t believe that, then you can bang your head against the wall trying to make it work.”

This article was originally published on Entrepreneur.com.