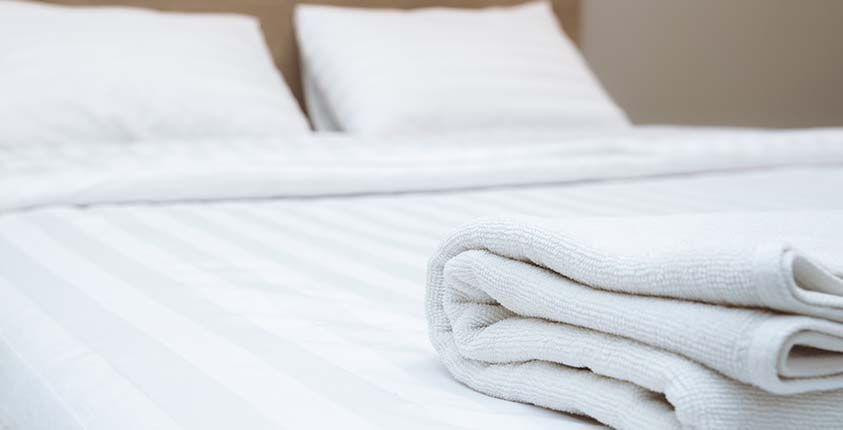 I’ve always admired the men and women of our military, those who are with us today and those who have come before us. I’m humbled by their service and sacrifice. I admire their bravery. I’m inspired by their grit and determination. And when an accomplished military leader speaks, I listen.

May 17, 2014, marked one such occasion, in which Naval Adm. William H. McRaven, ninth commander of U.S. Special Operations Command, delivered the University-wide Commencement at The University of Texas at Austin. His speech quickly went viral, and has now been viewed by millions of people across the globe.

In his speech, he talked about the importance of doing the little things like making your bed, embracing the fears of life, and changing the world for generations to come. In the middle of his speech, he shared 10 lessons that he learned from basic SEAL training that he believed could help others as they move forward in life. From those lessons, I would like to share 7 of them with you here.

If you want to change the world, start off by making your bed.

Adm. McRaven recalled how every morning, his instructors would show up in his barracks room and the first thing they would inspect was his bed. And it expected that it was made to perfection. It was a simple task — mundane at best, but the wisdom of that simple task stuck with the Admiral.

He said, “If you make your bed every morning you will have accomplished the first task of the day. It will give you a small sense of pride, and it will encourage you to do another task and another and another. By the end of the day, that one task completed will have turned into many tasks completed. Making your bed will also reinforce the fact that little things in life matter. If you can’t do the little things right, you will never do the big things right.”

If you want to change the world, find someone to help you paddle.

During SEAL training Adm. McRaven and others were assigned into boat crews. Each crew had seven students — three on each side of a small rubber boat and one pilot to help guide the boat. In the winter, the surf off San Diego can get to be 8 to 10 feet high and it is exceedingly difficult to paddle through the violent surf unless everyone digs in. It required everyone to paddle in synchronized harmony to the count of the pilot. If one person didn’t paddle or was off sync with the rest of the team, the boat would go sideways and crash back on shore.

The lesson the Admiral learned, is that “you can’t change the world alone — you will need some help — and to truly get from your starting point to your destination takes friends, colleagues, the good will of strangers and a strong leader to guide them.”

As he continued telling the story of the boat crews, Admiral McRaven recounted the story of one boat crew that dominated the surf, and the other boat teams. They were called the munchkin boat crew, because not one of the seven students was over five-foot-five.

Their dominance drove home an important point to the Admiral: “Nothing mattered but your will to succeed. Not your color, not your ethnic background, not your education and not your social status.”

If you want to change the world get over being a sugar cookie and keep moving forward.

For failing his inspection, the Admiral had to run, fully clothed into the surfzone and then, wet from head to toe, roll around on the beach until every part of his body was covered with sand. The effect was known as a “sugar cookie.” You stayed in that uniform the rest of the day — cold, wet and sandy.

The point of the drill as learned, was that no matter how well he prepared or how well he performed, he was never going to have a perfect uniform. Life wasn’t fair and he had to accept that, get over it, and move forward.

But if you want to change the world, don’t be afraid of the circuses.

Every day, the Admiral and the other students were challenged with multiple, grueling physical events. And each event had a times that were to be met. If a time wasn’t met, that student would be invited to what they called the circus – which was two additional hours of more exercises designed to break your spirits and make you quit.

Every student joined the circus. Those that were constantly in the circus, suffering through extra pain, got stronger and stronger on the inside and physically.

The Admiral’s point was this: “Life is filled with circuses. You will fail. You will likely fail often. It will be painful. It will be discouraging. At times it will test you to your very core. But if you want to change the world, don’t be afraid of the circuses.”

If you want to change the world, don’t back down from the sharks.

During the land warfare phase of training, the Admiral and his peers were flown to San Clemente Island off the coast of San Diego. The waters there are a breeding ground for great white sharks. The students were challenged to a night swim. Before they entered the waters, their instructors told them about the sharks, and gave them one bit of advice: “…if a shark begins to circle your position — stand your ground. Do not swim away. Do not act afraid. And if the shark, hungry for a midnight snack, darts towards you — then summon up all your strength and punch him in the snout, and he will turn and swim away.”

The Admiral’s takeaway? “There are a lot of sharks in the world. If you hope to complete the swim you will have to deal with them.”

If you haven’t listened to Admiral McRaven’s entire speech, I encourage you to do so. In addition, check out his book, titled: Make Your Bed: Little Things That Can Change Your Life…And Maybe the World. Both are filled with great stories packed with practical, but powerful advice. When great military leaders speak, we should listen.