Think Like a Beatle: Jump Start Your Creative Process 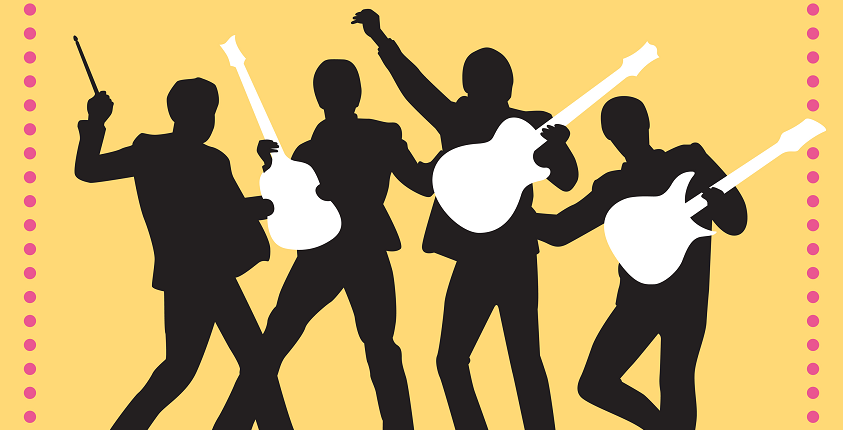 Earlier this week a video started floating around the internet, clipped from the new documentary The Beatles: Get Back by Peter Jackson. Here it is:

I’ve never seen anything like this on film before. Paul really has nothing at the 30 second mark—but 45 seconds later he’s got the makings of a hit single. pic.twitter.com/kvGOp1yuZs

To provide some context, the documentary was created using footage originally recorded for a contemporary documentary of the Beatles’ January 1969 recording sessions that ultimately led to the 1970 album Let It Be. The film covers far more than just formal rehearsals, but also all the personal interactions, conversations, debates, and improvisational creative sessions.

In this noteworthy clip, Paul McCartney is trying to work out a new song in real time, as the band was on a tight deadline to write, learn, and rehearse a whole new album. George Harrison and Ringo Starr sit beside him, watching and listening.

Over the course of the 2-minute clip, McCartney’s unfocused tune and filler nonsense lyrics take shape, until it transforms into a clearly recognizable early version of “Get Back,” which soon became an international #1 hit.

What makes this scene so remarkable is not because Paul McCartney is the only person to ever sit down and feel his way through to writing a song, but because most of us have never been able to actually watch it happen. How often do we get to see, in real time, the creative process of someone widely regarded as a genius in their field, at the peak of their powers, while working on something so recognizable all these years later?

But while you might not be Paul McCartney, you can still learn from watching his creative process to improve the way you take on challenges in your business, creative or otherwise! Read on, and we’ve got three principles for you to focus on.

Getting Better: Figure It Out By Doing

Throughout the clip, McCartney never stops playing for any longer than it takes him to reset and start again at what he’s decided is the beginning. It’s constant improvisation, working his way through different sounds to try to find if there’s a tune hidden inside somewhere.

What he’s not doing is sitting down with his bass put away, staring at a blank page trying to compose the piece. He’s determined to figure it out, and to figure it out by doing. The nonsense sounds filling in for lyrics are reminiscent of the legendary backstory that McCartney’s song “Yesterday” originally was written just as a tune with filler lyrics, “Scrambled Eggs.”

We might not want to pick up the guitar and start playing until we know exactly what the tune is going to be, and what words will go with them. But sometimes the best thing you can do is just start playing. Don’t worry about how it sounds or looks; you know this isn’t the final product. Muddle through, try some things, and see how they work. Who cares if it isn’t perfect yet? The whole point is to start with whatever initial germ of inspiration you have, and see where it leads you. If it goes nowhere, then you can discard it.

You may not be a songwriter or musician, but you may find yourself in creative sessions of different kinds, whether you’re writing, thinking of new product ideas, or experimenting with new marketing ideas. It’s fine to want to have a directional plan when you start, but at some point it’s important to just start working on it. Maybe the idea is right; maybe it isn’t. But to figure that out you need to be willing to spend some time pursuing it, working on it, and molding it the best you can.

Your business needs to be more than just an intellectual exercise; at some point you have to get to work and make something tangible that you can fairly evaluate.

He doesn’t quit when the first few attempts come up empty. He just keeps on playing. Admittedly, he comes up with a hit song shockingly quickly, but it’s clear that he would have been willing to keep going for longer even if it hadn’t come to him so soon.

When you make a first attempt and it doesn’t work, what do you do? For many people, it’s so hard to get them to try something because of a fear of failure, and then when the first try doesn’t go perfectly, they put the entire thing off as a mistake and stop.

There’s wisdom required to recognize when something isn’t working and you should stop. But you have to give enough time and effort to really give a fair assessment. Rome wasn’t built in a day. “Get Back” wasn’t written on the first try (although it looks like it was written on the 3rd or 4th, which is still pretty impressive!). Your great idea is going to take some time, and a few iterations. Your first attempt might not work, but there are things you can use – or the at least, lessons you can learn about what won’t work – to do better on the next try, and the next, and the next.

With a Little Help From My Friends: Have a Team You Trust

While Paul is the one working on the song, he’s not alone in the studio in the clip. Ringo and George are next to him, watching and listening. The camera is just as often on them as it is on McCartney.

By this point in their history, these men all know each others’ creative processes. In this particular moment, George and Ringo know exactly what Paul is doing, what he needs, and when the right time is for them to provide feedback.

At first, they are giving Paul space to work on things. They don’t offer suggestions when the first few attempts lead nowhere, nor do they critique or insist on taking over.

And when Paul does figure it out, they recognize immediately. George, who earlier was visibly and audibly yawning, starts playing along, and Ringo starts by adding in some claps for the rhythm and singing along with the freshly discovered chorus.

They know when to give space, and when to participate. They know their partner’s creative process, and they also have the discernment to recognize when that musical brainstorm crosses the threshold into something with real potential. For all their conflicts – the band would break up for good within a year – they all knew how to create things together.

We don’t all have the fortune to create the most iconic rock group of a generation, but we all need people we can trust, who will bring out the best in us. The right creative partners will help you discover new ideas, separate good ideas from bad ones, and build on each other to create something bigger and better.

It can take time to build that trust; Paul and George had been playing together for more than a decade by the time of that session, and Ringo had been with the band for nearly 7 years. But when you find the right partners, a team you can trust, you can accomplish things together that none of you could do individually.