Why is Telling the Truth So Difficult? 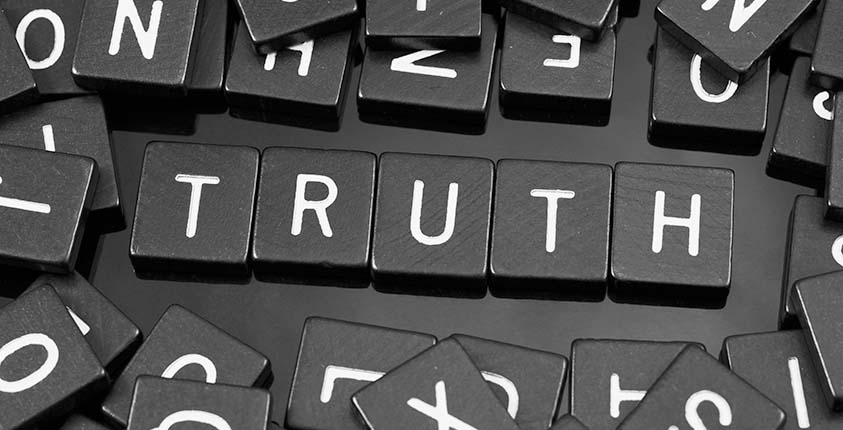 There I was, nervously waiting to deliver a presentation to a group of more than 20 influential CEOs. It was a presentation I had invested more than 80 hours in developing, revising, and rehearsing over the previous month. It was a Big Deal, and I wanted to nail it.

As I was being introduced to the audience, nervous but confident, I rose from my seat and made my way to the front of the room. I was slowly approaching the podium, when a colleague gently pulled me aside and whispered in my ear: “Your fly is open.”

I turned my back to the audience to quickly address my wardrobe malfunction, thinking to myself, “Man, my fly must have been down for the better part of the day. I can’t believe that no one would tell me until now!”

I don’t remember much about the presentation itself, but the thing that’s always stuck with me is that one person was caring and confident enough to tell me the truth: Will, your fly is down. Think about your friends, or those people you work with. How many of them do you think would be willing to tell you that your fly is down, or that you have something stuck in your teeth, or a stain on your shirt? In my experience, those people are few and far between.

That episode recently played back in my mind as I sat in a meeting with many top brass from one of my long-time business partners. The meeting had been scheduled a month in advance to discuss the future funding and support of a joint initiative that we had been working on for more than 4 years. The purpose of the meeting was to get answers from our partners to two simple questions:

After nearly two hours of talking in circles, delicately spinning around those questions, I finally had had enough. I turned to the CEO and politely asked those questions again, imploring him to respond with direct, truthful answers. In addition, I told him that I recognized the difficulties of truthfully responding, while also assuring him that whatever the truth was, we would be ok. There would be no hard feelings, and we would find a productive way to move forward. But we needed the truth!

If we’re not operating on a foundation of truth and a recognition of reality, then we’re just playing a make-believe game that no one will ever win. I gave him permission to tell the truth, and reassured him that it would not affect or alter our personal relationship negatively, or the way I viewed him as a person or leader.

Fortunately, we finally got the honest answers we were looking for. After we concluded the meeting, though, I got to thinking. Why did it take 4 years and a 2-hour meeting to finally get the unfiltered truth? And I’ve often wondered the same thing about other business relationships. Why do people and organizations fear the truth and fail to recognize and address reality? After much thought, I identified several root causes for peoples’ unwillingness to tell the truth.

Now it’s easy for me to sit here and judge others, while insisting that everyone tell me the absolute truth at all times. But you know what? That’s a losing battle that I’m not going to fight. People just don’t work that way. Neither do organizations. That’s reality. But what I am willing to do is to try my best to help the people and organizations that I work with learn to be more honest. One way I’ve been able to do this is by expressing empathy for the pressures and difficulties they’re facing, and giving them permission to tell me the truth, with no strings attached. And when the truth is told, I recognize and reinforce it, and respond in a personable, polite, and professional way. This approach lets my partners know that the truth isn’t as scary as they’ve made it out to be, that I don’t think any less of them, and that the world doesn’t come to an end when the truth is revealed, and reality is recognized for what it is. The foundation of every strong relationship is the ability to communicate truthfully.