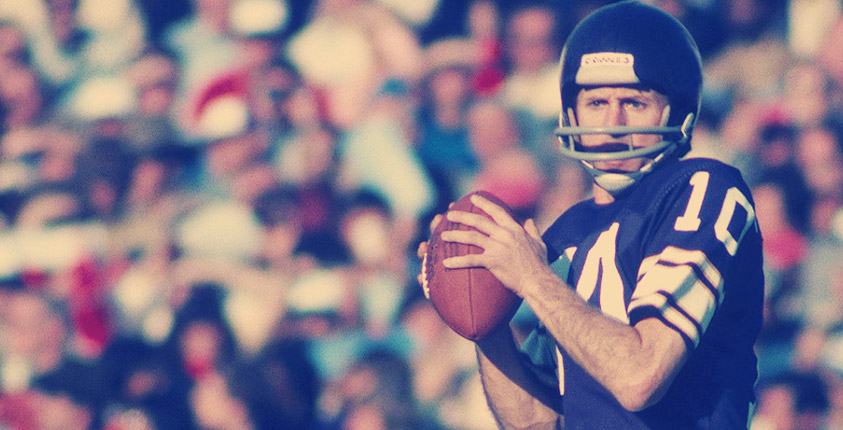 Making sure you have a plan is important. But what’s even more important is being ready to adjust and change your plan when you encounter reality.

The same scrambling ability that helped me in my football career has proven its worth again and again in my businesses, too. Consider this:

At every snap of a football game, the offense has a plan. They know exactly what they want to do. But once the play starts, the defense can disrupt that plan. When that happens, the quarterback has a choice. He can try to run the play as designed anyway, and hope the defense doesn’t make him pay. He can give up on the play, throw the ball away or get down and just move on to the next play. Or, he can scramble and try to find a way to make something happen on that play, to make it work, even if it’s not the way they planned it. The defense might have gotten in the way of the plan, but there are other things that you can do once you see what the defense is giving you.

Starting my career on an expansion team where we were often overmatched by our opponents, we faced that choice a lot—and that’s how I learned to scramble, because I wanted to make something happen. See, in football, your goal is to move the ball down the field and score touchdowns; specific plays are just the way you plan to do that. But if the play fails, you can still find other ways to move the ball—you can still accomplish your goal, just in an unexpected way. So you have to keep moving, and look for opportunities until you find the opening that gives your team a chance.

Business works much the same way. We come up with a plan, and we know exactly what we want to do and how we plan to get there, but every business owner knows that there are surprises and twists when you start putting that plan into action. Some things work, but other things don’t work, at least not the way you expected. So when that happens, what do you do?

You can stick to the plan no matter what—and keep putting effort into things that aren’t working, burning out you and your team.

You can give up, and move on to the next idea. Unfortunately, you’ll encounter the same difficulties with every plan—and you won’t get anywhere without trying! That’s not a real option.

Finally, you can scramble. You can adjust the plan based on what’s working and what isn’t. Look at where you are, where you want to go, and what your options are for getting there. It’s not always a direct route—a scramble might involve running one way and then another before finally finding an open route to the goal—but it keeps moving at all times.