Innovation Builds on the Past 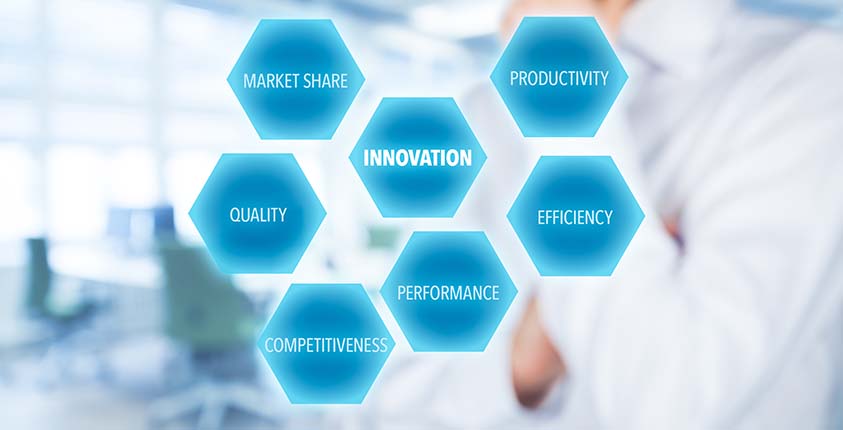 For a solid example of true innovation, we can do no better than to turn to the most prolific innovator in American history, Thomas Alva Edison, who was awarded a record 1,093 U.S. patents, including patents for electric lighting and the phonograph.

As creative as he was, Edison readily admitted to making mistakes, but he also diligently learned from them. From his early teens, Edison made it a habit to carry a pocket notebook in which he jotted down ideas. In his laboratory-workshops, he placed notebooks on almost every horizontal surface, telling his employees to make meticulous notes for every experiment. He wanted everything, including every failure, recorded so he could learn from it. He also invited his employees to contribute their own ideas on the notebooks. When it came to inventing and innovating, he wanted to learn from everyone. And he worked harder than just about anyone, as was captured in his famous saying, “Genius is 1 percent inspiration and 99 percent perspiration.”

I was surprised to learn that the idea for the phonograph started out with another invention, for which Edison filed a patent on March 13, 1876. In the patent papers, he called it an “Improvement in Autographic Printing.” It was later marketed as the “electric pen,” a handheld device that used a tiny reciprocating electric motor (the electric motor was something Edison had already invented!) to drive a needle very rapidly up and down. Edison thought it would be useful for creating stencils, which, in turn, would be a boon for reproducing documents and drawings; in fact, it became the basis for the mimeograph machine, analogue ancestor of today’s digital copiers. But Edison’s innovative patent application for the electric pen refers to the past, to the use of stencils by the great fresco painters of the Renaissance, including Michelangelo. Edison relates how his invention was based on the techniques of Renaissance artists and on those employed in the far more ancient craft of embroidery. In due course, what Edison learned from making the electric pen inspired him to adapt that technology, along with ideas taken from Alexander Graham Bell’s patented telephone transmitter, to create the phonograph.

What are we to make of all this? Edison not only had an inventive and curious mind, and a well-stocked one, but he understood that every invention builds on the past.

No one has an original idea. Not Edison, not Steve Jobs, not Mark Zuckerberg. Every idea builds on ideas that went before it. We can expand our knowledge of ideas by observing, by reading, by talking to people, but we’re never going to have an entirely original idea. It’s what we do with the ideas that are out there that counts and that deserves to be called innovation.

Adapted from Fran Tarkenton’s book, The Power of Failure: Succeeding in the Age of Innovation