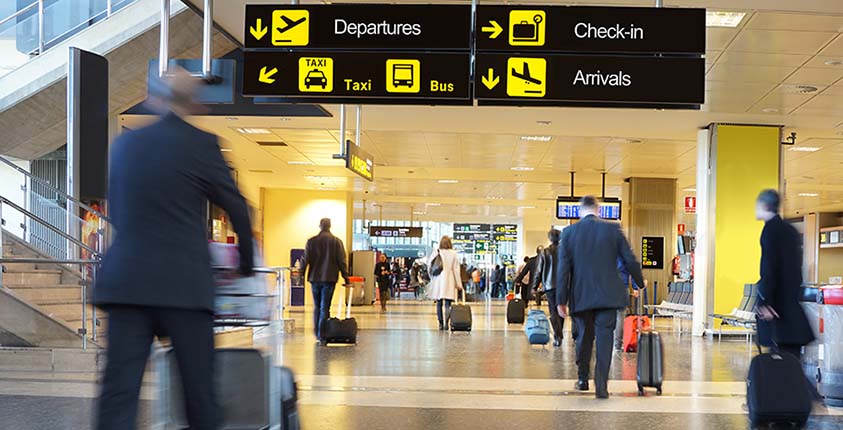 Sometimes a business idea comes from a passion. There’s something you love, you’re completely immersed in it, and it becomes a business. The whole idea of the gurus who say, “Do what you love,” and “Follow your passion” comes from this path.

But that’s not the only way to start a business. That’s never really been the way for me at all. I’ve found that I can be passionate about a lot of different things—in fact, I can be passionate about pretty much anything if I set to doing it. So my businesses have often taken the opposite path: I find an opportunity in the market, I commit myself to learning about it and getting off the ground, and then I discover a passion for it.

Let me give you one particularly clear example.

In the early 1980s, I was in the airport heading home from a vacation, when an idea struck me. I was waiting in line at the ticket counter, where we were all getting our tickets, slipped into the airline’s ticket jacket. Every single person flying went through the same ritual, and we were all carrying around those ticket jackets.

My mind suddenly put together a few different facts:

Putting it all together, I thought: why don’t we put advertising on the ticket jackets for these bored, affluent travelers—people looking for something to look at?

It was an obvious opportunity in the market. There was just one problem: I had no idea where to get started. It seemed to me that to solve this problem I would need to be involved in three separate industries: the airline industry, the advertising industry, and the printing industry. I was in exactly zero of the three.

But I’m a problem solver, so I set out to learn as much as I could, one step at a time. I started by talking to someone at Delta, asking questions about how many ticket jackets they printed and distributed. I followed up with questions at other airlines. I discovered that they needed astronomical quantities—far more than I had even thought. But now I knew a little bit about the airline industry.

Next I turned to the printing business. I started with local printers, none of whom could meet the need. Finally I was connected with a printing firm in Chicago, one of the few in the country that had the capacity to print the quantities I was envisioning. We worked out a partnership, splitting the business 50-50.

Now that I had a printer, I went back to the airlines, offering to provide all the ticket jackets they needed for free. Almost all of the major airlines agreed. This was a great deal for them: instead of having to pay for the ticket jackets, they would get them for nothing, while I would pay for my printing costs with advertising.

At this point, I had a printer and a ticket order; I just had to sell the advertising. With just a 3-week window to find advertisers before meeting our deadline, I set out for New York with a friend, ready to do whatever it took to sell it out. We spent three weeks in the advertising capital of the world, meeting with the biggest companies in the world. And we did it.

Because I saw an opportunity in the market and jumped in, ready to learn and find ways to solve this problem, I made it work despite not being in the airline, printing, or advertising industries. I was an outsider, but that gave me the perspective to see things differently and discover solution a solution to a problem no one else even saw.

No matter what business you’re in, look for opportunities in the market. It might be outside your area of expertise, but if you see a problem and commit to solving it, you can find success (and passion) wherever you look.