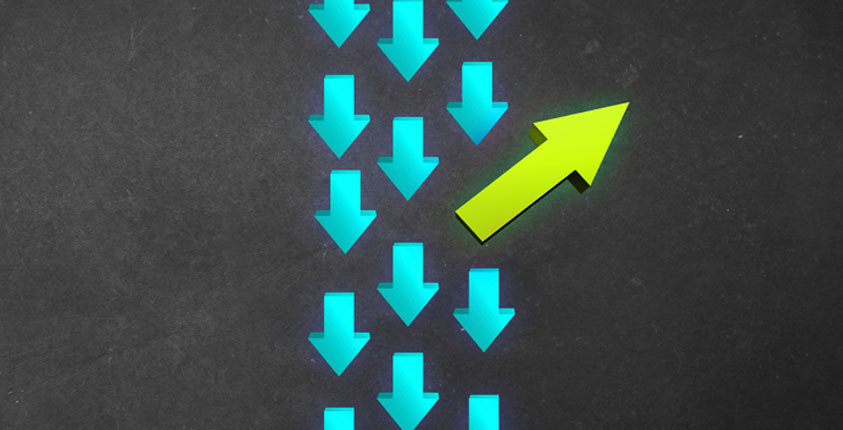 An important element of an open corporate culture is a team full of people who are all thinking about ways to help the business. Encouraging independent thinking among your team members will generate new ideas and give everyone a stake in your business’s success.

There are many benefits to encouraging independent thinking in your business. First, getting your entire team involved in the thinking and planning is better for growth. A company’s best ideas have to come from somewhere—and it’s not just a solo visionary at the top. The more people who are thinking for themselves and coming up with ideas, the better chance you have of hitting on a great idea that will really grow the business.

Innovations can come from the most unexpected places, as people bring new perspectives to old problems. One group of people might spend a lot of time on a problem and come away completely stumped, but an outsider who looks at it differently might have a great solution thanks to things that are happening on another side of the business. You need everyone on the team thinking independently and constantly generating ideas, sharing them with each other, and sharpening their details collaboratively.

Another benefit is that when you encourage independent thinking, it reinforces the open culture you are aiming for. It’s easy enough to say you want an open, vibrant corporate culture. But it has to be actually lived for it to be real. And when your team members are all thinking for themselves and actively participating in steering the business, it reinforces that open culture and helps open it up even further. When one person starts participating, it encourages another, and then another, and it continues to snowball.

How to Encourage Independent Thinking

So how do you actually do it? How do you encourage your team to be always thinking and participating in the direction of the business?

First, make yourself available to listen to any ideas that team members have. Provide clear communication channels for employees to share ideas with each other and with you. Red Hat, for instance, set up an internal social network for employees to brainstorm and hone ideas about the company. You don’t have to go that high tech, though—you just have to always be willing to make time to talk with your employees and really listen to their ideas and talk about them.

Second, you should go beyond just listening to ideas. Look for ways to actually incorporate the best ideas into the way you run your business, and acknowledge team members who are thinking about and working on the business. Give credit where credit is due, and you’ll find more team members interested in thinking independently about the business and coming up with their own ideas.

Finally, train fellow team members to lead. Encourage them to take initiative and responsibility, to take ownership in what the business does. You are a coach, not just a boss. If you want people thinking, then you also need to give them responsibilities and decision-making power, some sense of control over what they are doing. When you’re building an open corporate culture, it’s about trust—and that means you have to trust them to make decisions that accord with your values and philosophy, and then hold them accountable.

When you encourage independent thinking in your team, not every idea is going to be great. Some ideas will be rejected before they go anywhere, but others will just turn out not to work. It’s the way business goes—for every good idea, there are who knows how many bad ones, too. But a failure is no cause for punishment. Instead, it should be seen as a necessary step toward achieving success.

The consequences of failure are what often prevent independent thinking in many businesses. If the owner takes a strongly negative attitude toward any failure, then no one on the team will be willing to stick out his or her neck and share ideas that could lead to personal disaster.

When Thomas Edison invented the light bulb, it only happened after hundreds of failed attempts. He said, though, that he never failed; each failure was just bringing him one step closer to finding the actual solution. He had just found one way after another of not making a light bulb, until he finally figured it out. Make sure everyone on your team knows that failure is not the problem; the problem is if you don’t learn from your mistakes or if you ignore them and refuse to face the reality of the situation. People are naturally afraid of failing, so find ways to calm those fears and accept honest mistakes and failures as part of the process of innovation.

This article was originally published by SmallBizClub

Matt Tarkenton is Executive Vice President at Tarkenton Companies, and has started several businesses and is interested in business formation, strategy, and growth. He was part of a group that started Renova Partners, a boutique investment bank, and was recognized as a “40 Under 40: Up and Comer” by the Atlanta Business Chronicle in 2009. Matt performs business planning and marketing training for hundreds of professionals across the country, and co-hosts a weekly coaching program on entrepreneurial education. Matt graduated from Princeton University, and received an MBA from Harvard Business School. He maintains his Series 7, 63, and 79 licenses, and currently serves on the Board of Directors of Youth Villages, on the Education Committee of the National Association of Fixed Annuities (NAFA), and in leadership positions in various organizations.

View all posts by Matt Tarkenton →