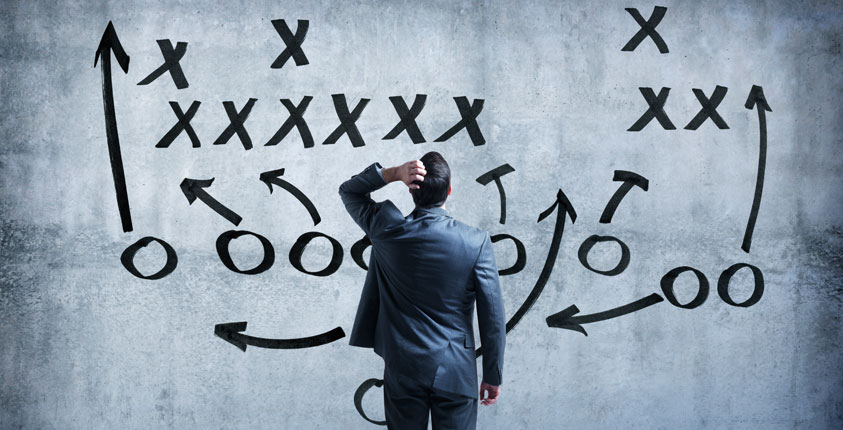 One of my favorite quotes is that an idiot with a plan will always beat a genius with no plan. I love to make bold moves and try new things—but I always want to have a plan, even when I know that the plan has to be flexible and adapt to all the changes that we’ll inevitably need to make.

In my businesses, I encourage my team to come up with new ideas and try different things, to see what works (and what doesn’t). But it always has to start with a plan. We try new things so we can learn from them. Maybe we learn that doing something a certain way will not work, or we might learn that doing it a different way is actually better. We’re learning at each step, and applying that knowledge so that we’re even better the next time around. But if you’re trying new things without a plan, it will all fall apart. If you don’t even know what it is you’re doing, how can you analyze it and learn from it? When you put together a plan, you can measure your progress against what you were expecting, and you know that whatever happens you gave it a fair shot.

A plan has to be flexible, sure, but that doesn’t mean just doing anything. A flexible plan takes new information into consideration and adapts. But even though parts of the plan are changing, it should still hold true to the deeper goals of the plan. The details of the plan change to give you a better chance to achieve those important objectives.

As a quarterback, I was known as a scrambler. When a play broke down, I would run—side to side, backwards, forwards, and all around—looking for a way to make a play. But don’t forget that there was not a single play in our playbook that said, “Fran scrambles.” At the snap, we had a plan, the play we had called. It was only when that play broke down that I would start to scramble, because I was falling back on the ultimate objective: to make a positive play that moves the team forward, helping us to get first downs and score points. We always started each play with a plan in mind, but were able to react and change when it was necessary.

If you ever start a play, or take any action, with a scramble as your first option, you won’t get very far. Whatever it is you want to do, start with a plan. It’s ok if the plan doesn’t work, but that’s where you have to start, and then you can scramble from there when you have to. That’s how you move forward.