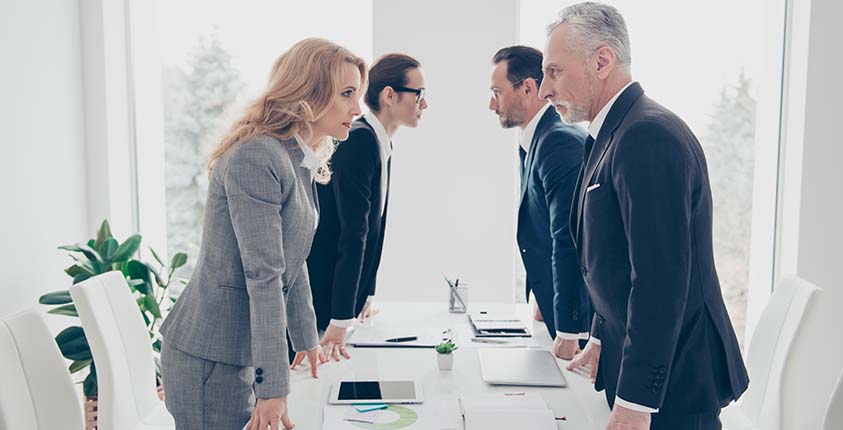 No matter what you or I have been told, business isn’t just business. Business can be just as personal as other aspects of our life. This is especially true for entrepreneurs, whose entire livelihood is dependent on their business succeeding. And when business is personal, things can get emotional. Inevitably, if you’re in business long enough, you’ll encounter the most volatile emotion of them all: anger.

Anger may emanate from a disgruntled partner, vendor, employee, customer, or partner. Conversely, you might be the one dishing out anger in the form of inflammatory and insulting language, or through decisions based on emotional rage instead of thoughtful business rationale. That said, I think most sensible people would agree that anger just gets in the way of solving problems, building relationships, delivering exceptional service, and so much more. So the question is: when we’re faced with anger, how should we deal with it in a healthy and productive way?

When you start to feel anger boiling up on the inside, if possible, quickly remove yourself from the situation, isolate yourself for 5 to 10 minutes, and focus on calm, steady breathing:

Doing so will help slow your heart rate and reduce your blood pressure, making easier for you to regain control of your emotions and calmly address the issue at hand.

#2 Try to understand the source, not the symptom

Mark Twain said it best when he said: Anger is an acid that can do more harm to the vessel in which it is stored than to anything on which it is poured. This is a good reminder for us not to make someone else’s anger our own.

When someone is angry, your primal instinct is to immediately respond in an effort to resolve the situation. Stop. Before you can respond, you first need to listen. And don’t just listen for the incendiary language, focus on the core message. While you still may not agree with the message, you will at least gain a deeper understanding of where their argument is emanating from. And the longer you let the other person talk and vent, they will inevitably run out of steam, and return to a more rational state of emotion. Then, and only then, can you begin the process of trying to address the issues.

Before responding in any fashion when angry, or responding to someone else’s anger, take a partner. Oftentimes, when your gut instinct tells you that you should either wait to respond, or that you should have someone else take a look at what you’re wanting to say, it’s for good reason. Preferably, you’ll want to share your proposed response with someone you trust, someone that can keep things in confidence, and someone that’s removed from the people or situation at hand. Explain the situation and how you would like to respond, then ask them for their feedback.

Oftentimes, an emotional and angry outburst by someone close to you will prompt an equal, if not more emotional response from you. And with email, texts, and social media, you can’t take back what you say after you’ve hit the send button. If you feel you need to issue a written response, go ahead and do it, just don’t send it. Instead, write the email or the text. But instead of pressing send, put it to the side and let it rest. This way, you won’t hastily send something you’ll regret later. This will help you work through your feelings and get them out in the open—safely, I might add.

#5 Stay off the bottle

While you might be tempted to reach for a bottle of booze to “cool off” after an angry encounter, don’t! Alcohol adversely affects the frontal lobes of the brain, which are involved in motor function, problem solving, spontaneity, memory, language, initiation, judgement, impulse control, and social and sexual behavior. Not exactly the kind of things you want to disturb when dealing with anger! Simply put, drinking alcohol will increase your chances of acting out in anger because it diminishes impulse control. Instead, go for a walk or run! On that note, regular exercise, diet, and sleep go a long way in conditioning your body to regulate the hormones that dictate how, and to what level, you respond to anger.

So the next time you’re faced with anger, remember to breath, listen, take a neutral partner, press send tomorrow, and stay off the bottle!