Are You Paying Attention? How to Avoid Getting Blindsided 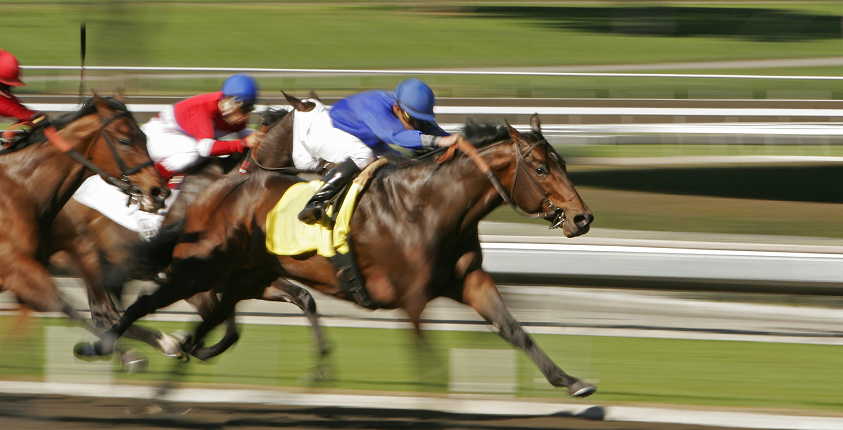 Last weekend was the 148th annual Kentucky Derby, always one of the most thrilling sporting events of the year. They don’t call it “The Most Exciting Two Minutes in Sports” for nothing! And this year’s edition exceeded even those expectations.

Rich Strike was the winner of the race, the biggest longshot victor in more than a century at 80-1 odds, the highest for any of this year’s racers. He won in a thrilling comeback after breaking away from the pack to catch up to – and pass – the leaders just in time. An overhead video of the last minute of the race has gone viral, and if you haven’t seen it yet, watch it now (and if you’ve seen it already, watch it again!).

This view, and the convenient pointer showing where Rich Strike was the entire time, drives home just what a race it was. At the start of that clip, a little more than halfway into the race, all the horses are grouped fairly closely together, with Rich Strike near the back of that pack.

As the race hits the final turn, the pack begins to separate. Rich Strike is still back with the main pack, while another group races ahead and separates, including pre-race favorites Epicenter and Zandon. In these dramatic moments, Rich Strike deftly weaves around the other horses in the crowded main pack, while Epicenter and Zandon pull ahead of rest of the lead pack in what now looks like a two-horse race. Rich Strike bursts pasts the remains of the lead pack, and then runs down the leaders to win the race at the last second.

It’s exciting to describe, and even better to watch. But best of all might be having the sound on so you can listen to the commentary, because that will make clear how shocking this result was. The first thing you’ll notice is that nobody notices what’s happening until the last second.

Read the transcript of the final moments:

Epicenter has taken the lead as they arrive into the final furlong. Zandon is coming after him. Epicenter and Zandon, these two stride-for-stride. Simplification on the outside is next, but coming down to the wire, Epicenter, Zandon…RICH STRIKE IS COMING UP ON THE INSIDE! OH, MY GOODNESS, THE LONGEST SHOT HAS WON THE KENTUCKY DERBY!

There’s no mention of the actual winner of the race until the actual moment when he pulls even and takes the lead. In fact, when the announcer states that Simplification is in 3rd behind the leaders, he’s actually missing that Rich Strike has already passed him by and is moving closer with every stride! Even if you expand your viewing to watch the entire race, Rich Strike is mentioned only once previously, when the announcer lists every horse from first to last, briefly name-checking Rich Strike as being 3rd from last.

Everyone is completely caught by surprise, even the professionals whose very job is to explain to the home viewers what is happening in the race. It’s only in hindsight and replay that we can go back and see what a brilliant run it was.

Surprised by the unexpected. It’s common enough in sports…but isn’t it something we see in business, too? Everybody likes to laugh about hilariously bad predictions by titans of industry, such as technologist Ken Olsen in 1977 saying, “There is no reason for any individual to have a computer in his home.” Needless to say, that one didn’t pan out.

But it can happen to any of us. We get blindsided by things we never saw coming. And to be fair, some things truly are completely unpredictable (like a once-in-a-century global pandemic). But other things, if we’re being honest with ourselves, were there to be noticed…if we were paying attention.

So what can we learn from this example about how to avoid getting thrown off balance by the unexpected? Here are three lessons:

We all make assumptions. It’s natural. But if we’re not aware of those biases and willing to question them, we can miss things. In this year’s Kentucky Derby, Epicenter and Zandon were two of the pre-race favorites. Watching casually, it makes sense to assume those two are going to be dueling for the lead. Meanwhile, Rich Strike had the worst odds of any horse in the field. Again, a natural assumption would be that he would not be a factor in the race. Remember the announcer pointing out Simplification as the third contender, ignoring that Rich Strike was in the act of passing him by.

Assumptions must be challenged. We may use them to attempt to make sense of a situation, but they can also cause us to ignore and miss events and trends that don’t fit those assumptions. If you assume in your business that Company A is your biggest competitor, you might miss the way that Company B is impacting you. Or if you assume that trends are going in one direction, you might miss the counter trend that will cause you trouble down the road.

Relatedly, beware of narratives. Narratives are powerful tools for understanding the past, organizing events into a storyline that is easy to understand. But they are dangerous when applied to the present and future, because the real world doesn’t care about the wonderful story we tell about ourselves.

In the Derby, there’s a clearly anticipated narrative of a two-horse race between the favorites, Epicenter and Zandon. As they pull away from the leaders and challenge each other, it’s easy to fall into the story of a duel – two titans taking each other on mano a mano. And if Rich Strike hadn’t charged up, that’s exactly what it would have been. That’s why we can’t tell accurate narratives until the events have already happened; in hindsight, the real story is of this underdog making a brilliant late run to get away from the pack, catch the leaders, and win the race. As people, we love to tell stories. So don’t stop telling stories – but hold them loosely, and be willing to adjust your story based on what’s happening, not clinging to an outdated narrative.

This may seem like obvious advice, but it’s worth stating clearly here at the end. Stay curious. Pay attention to what is happening, not only to you, but in your area, to others in your industry, and even in the larger world that could have downstream impacts on you.

Watch the ending of the race again. All the attention is on what’s happening at the very front, no notice at all to the drama in the main pack or even to Rich Strike running down the leaders. Not to be too hard on the announcer here – it’s a lot to process in real time. But we can still acknowledge without blaming. Fortunately our business rarely comes down to a single 2-minute sequence like a horse race, so we have more time to take in information, process it, and make critical decisions about what to do. But time is still limited, so don’t fall into a trap of indecision either. Learn all that you can, to give you the fullest perspective.

No one gets it right 100 percent of the time. We are all surprised by events at times. But if you follow these steps you have a better chance to avoid the stunning surprise, and to be prepared to deal with whatever challenges and obstacles you face.