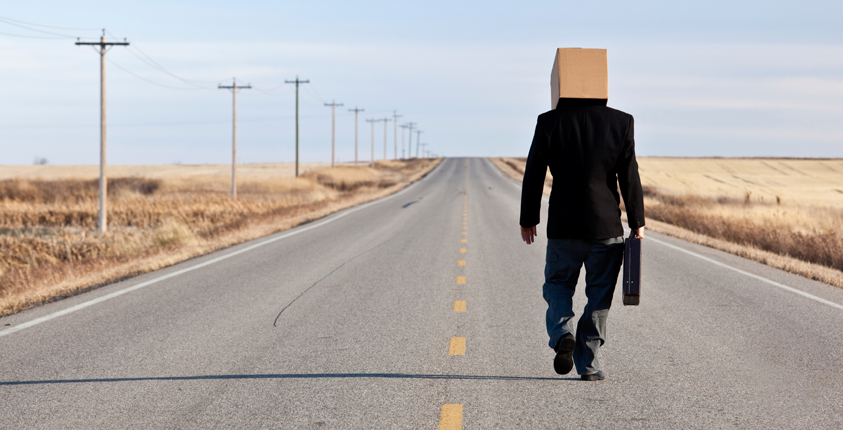 Sometimes, despite your best efforts, you’re just going to fail. It may stem from a lack of research, a good idea gone awry, or just plain bad luck, but it’s going to happen. And not just in small businesses, either. Here are 9 examples of seemingly good ideas gone terribly wrong from the world of business.

What’s in a name? Apparently a whole lot. Here are 4 examples of product names that just didn’t convey their intended meaning when translated to another language.

The name Pinto seemed perfect for Ford’s subcompact released in 1971, but when company executives realized that the cars just weren’t selling in Brazil, they did a little digging. Turns out the term “pinto” is actually Brazilian slang for “male genitals.” Oops. Ford quickly changed the name to “Corcel,” translation: little horse that could potentially spontaneously combust. OK, I made that last part of the translation up.

In another example of translations gone bad, Coke first introduced themselves in China as “Ke-Kou-Ke-La.” Sounds great right? Sure. Except for the fact that this translates either to “bite the wax tadpole” or “female horse stuffed with wax” depending on the dialect. Don’t get me wrong- I love pretty much anything stuffed with wax, but Chinese customers didn’t feel the same way (cultural differences I guess). After making this discovery Coke made the switch to the phonetically similar “Ko-Kou-Ko-Le” meaning “happiness in the mouth,” which is… better?

I have to say, the fact that the mountains on the Coors Light cans turn blue when they’re cold enough to drink is one of my favorite gimmicks ever. I think it does a great job of 1) letting the person know when the beer is ready to drink and 2) tying the beer (which is very similar to other competitors in the space) back to the idea that this beer was brewed in the Rocky Mountains- and there’s just something so doggone good about water from a mountain stream. However, Coors’ slogan, “Turn It Loose” gave a very different mental image when it was translated into Spanish. The meaning? “Suffer from diarrhea.” Which also, coincidentally, gave me my first negative answer to Bud Light’s new slogan “Up For Whatever.”

OK, one more and then I’ll move on. I just love translation fails so much!

I want the person who is making my food to love their job. Frank Perdue took it a step further with his slogan, “It takes a strong man to make a tender chicken.” Translated into Spanish, it means, “It takes an aroused man to make a chicken affectionate.” Whoa. Slow your roll slugger. I enjoy a good chicken sandwich as much as the next guy, but that’s a little much.

The world of social media is not just for spreading branding failures, sometimes it even creates them. Here are 3 examples of Twitter hashtags created with the best of intentions that went terribly, terribly, terribly wrong.

Twitter users quickly took to the #McDStories hashtag. Great right?!? Engagement — the Holy Grail of social media! Sure, until you read the stories they were telling. It was so bad that McDonald’s killed the hashtag within 2 hours. Yet, over 3 years later, we’re still talking about it. Here are some of my favorites:

Even after reading this, I do strangely still want a Big Mac.

Remember Susan Boyle — the breakout star of the 2009 season of Britain’s Got Talent? She ended up coming in second, but rode her surprise performance to success with her debut album becoming the number one album in the world in 2009. But this article isn’t about focusing on success (we’ve got plenty of those in the leadership category), this is about the terrible hashtag that her management team created on her behalf. I listed it at the top of this section using capital letters in the appropriate places to let you see what it was supposed to say. Let’s list it again here without the caps: #susanalbumparty. Glancing at this hashtag could easily make you think Susan was holding a different type of party altogether, and the innocent little lambs on Twitter didn’t let that go to waste. Although the tweet with the hashtag was quickly removed, it became one of the top trending topics on Twitter.

Just like in comedy, timing is everything on social media — especially so on Twitter. Trendjacking can be a huge win for a brand, but it has to be done right. Candy maker Entenmann’s found this out the hard way when they put out this tweet:

Totally harmless right? Sure, on a normal day. The problem? This tweet was released the same day as the verdict in the Casey Anthony trial was delivered. #NotGuilty was already trending. People found Entenmann’s use of the hashtag wildly insensitive. Entenmann’s quickly deleted the tweet and apologized.

In the previous two sections, we’ve looked at mistakes that could have been avoided with a little planning or foresight, but sometimes even those won’t save you. Here are two branding failures that came about as a result of plain ol’ bad luck.

The winner of virtually every “Don’t Let This Happen To You” branding award given since the mid-1980’s, Ayds dietary supplement did very well in the 1970’s and early 80’s. Of course, the breakout of the terrible AIDS virus put an end to that.

While the spread of this disease certainly wasn’t the fault of the leadership at Ayds, their response, or lack thereof, certainly was. What did they do to disassociate their product with the AIDS virus? They named it “Diet Ayds.” Genius. Surprisingly, they’re no longer open.

I honestly had no idea about this story until I went to get a Coke at the hospital when my son was being born and saw the picture below advertising the fact that I could get a free drink when I pay with ISIS. Seriously. This was still on a vending machine in the North Atlanta hospital where my son was born in February… 2015. PS I know the picture’s blurry. Sorry – I was working with about 2 hours of sleep in 72 hours.

Just picture it. you start a business, you get some traction, you get backing from large companies, and then you find out that you happen to share a name with the world’s most notorious terror cell. I can picture some poor marketing exec getting up, brushing his teeth ready to face the day, turning on the news… and crawling back in bed.

To it’s credit though, ISIS didn’t take the Ayds route and doggedly stick to their guns. They changed their name to Softcard and were recently bought out by Google to power the Google Wallet app– proving that you can come back from an epic branding failure.

What are some of your favorite #brandingfails?

Harry Kierbow is the Director of Social Media for Commissions Inc (CINC), a real estate technology and marketing company. He's played professionally on Facebook (and other social networks) for more than 7 years now, managing campaigns for brands (both big and small) and individuals (also both big and small). Universally regarded as the greatest ice hockey goalie to ever come from Griffin, GA (by his mom at least), you can find Harry between the pipes on the ice rinks of Georgia (yes, there is more than one) or playing with his 2 kids when he's not perfecting social media ads or binging true crime documentaries on Netflix. Connect with Harry on LinkedIn @HarryKierbow.

View all posts by Harry Kierbow →