Growth Strategies You Can Learn from Your Favorite Theme Park 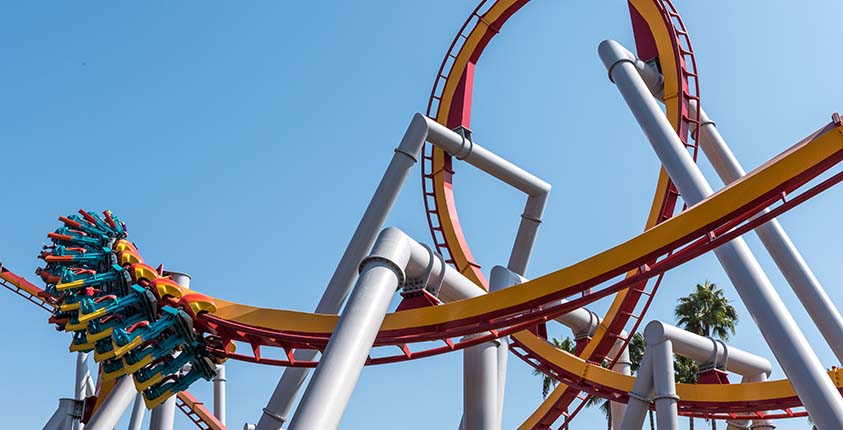 The Themed Entertainment Association and AECOM released their 2017 Theme and Museum Index Survey, an annual report that ranks the top theme parks, waterparks, and museums all over the world based on annual attendance, tracking the ups and downs over the years and across regions.

In addition to just tracking the raw attendance data, though, the index also looks at some of the factors that influence trends. Why did Disney parks in North America grow attendance by 3 percent? Why did waterparks see attendance shrink from past years? What’s going on that explains the ups and downs in other countries across the globe?

The more you dig into this report, the clearer it becomes that these parks and museums, while maybe we think of them differently just because of the way we experience them (typically on trips and vacations), are dealing with the same rules of the market as every other business. Mickey Mouse doesn’t make you exempt!

Here are some of the ways that park and museum operators are adapting to contemporary challenges that can be useful in any business.

One of the recurring points the index made was that parks that invested in new attractions had higher growth. Disney and Universal, the top two park operators, both had strong growth, and both, not coincidentally, opened new attractions in 2017: Disney’s Pandora World of Avatar at the Animal Kingdom, and Universal’s Volcano Bay. And both companies aren’t just benefiting from a one-time bump; this kind of reinvestment is a constant for both. Disney has more projects in the pipeline based Frozen as well as some of their Marvel characters, and Universal’s biggest draw in recent years has been their growing number of Harry Potter attractions.

At the same time, a consistent issue the survey found with waterparks, where attendance was down almost across the board, was that very few parks had been investing much if anything in new attractions. The few that did see attendance increases were the ones that added new things.

Finding ways to add value and constantly get better, just a little at a time, delivers growth. When there’s no change, and you just stick with exactly what you’ve been doing, no matter how successful it may have been in the past, it leads to a slow decline. It’s not an overnight collapse, but you stop growing and eventually start going the wrong way.

Another topic that came up again and again was the importance of reaching out to new demographics, particularly in the context of museums. Attendance growth among the biggest museums was almost zero (0.2 percent, to be precise), but smaller and regional museums actually saw nice growth. So what are they doing right? They’re successfully grappling with changing demographics.

Here in Atlanta, the High Museum tripled its attendance numbers among racial minorities by doing things like creating new marketing campaigns and recruiting a more diverse staff. The Museum of Fine Arts in Boston created a whole strategic campaign, MFA 2020, that’s about expanding their core mission and engaging new audiences—particularly families from the increasingly diverse city. LACMA, the Los Angeles County Museum of Art, is partnering with schools and setting up satellite facilities in South Los Angeles, where the minority population is highest.

And those are just a few of the many museums that are doing new things to reach populations that they’ve previously overlooked and underserved. It’s easy to get caught up in trying to grab a slightly larger slice of the pie of traditional targets in an industry, but there’s a lot to be gained when you can find an untapped market of people who have been missing out on what you do.

Many museums are also experimenting with their pricing models. Take the Metropolitan Museum of Art in New York City, for example. The Met’s admission price used to be “pay what you want,” although they suggested a donation of $25 per person. The idea was that it brought in more visitors, even if they weren’t paying as much. Only 17 percent of visitors were paying the full $25, as it turned out. Now, the Met has made its $25 admission mandatory for out-of-state visitors (New Yorkers can still pay what they want). It might seem like that would hurt attendance, but the experts did the research looking at lots of museums, and “did not find any significant correlation between pricing and attendance. There is some elasticity there.”

The Met was having revenue trouble under their old model, so they’re experimenting with simpler pricing, and that kind of simplification has improved business there and at other museums like the High and LACMA, too.

Theme parks and museums are dealing with a lot of the same issues you’re likely to be facing in whatever you do, including standing out against tough competition, finding new overlooked audiences, and figuring out the best pricing strategy and offers. Don’t let your business get stuck or slow down; look for ways to continue to grow and get a little bit better every day.